Home » Updates » News » SBS News: Displaced by war, a family had been dreaming of Australia for years. They’ve finally arrived.

SBS News: Displaced by war, a family had been dreaming of Australia for years. They’ve finally arrived. 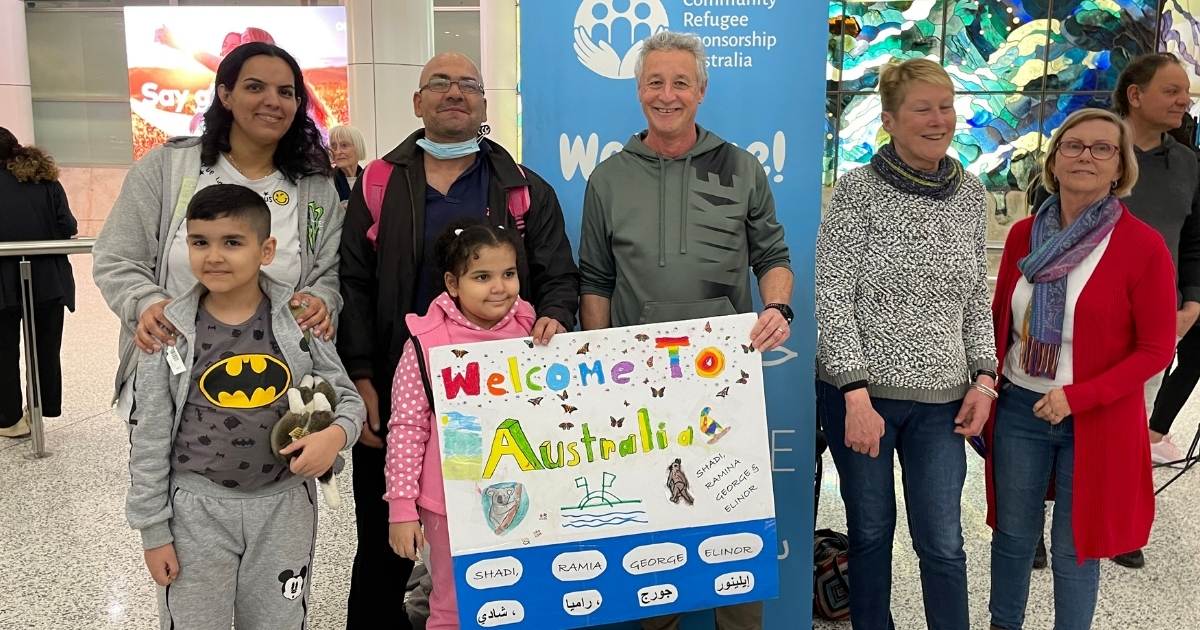 The Al Daoud family were forced to flee their home country of Syria six years ago. After years of life in a refugee camp in northern Iraq, they have finally landed in Australia through the Community Refugee Integration and Settlement Pilot (CRISP).

“‘We hope this will be a great beginning,’ father Shadi Al Daoud told SBS News after arriving at Sydney airport on Friday.”

Shadi, his wife Ramia Al Romhain, as well as 10 year old George and 7 year old Elinor, were welcomed by a CRISP Community Supporter Group who are eager to welcome the family and make them members of the Gosford community on the central NSW coast.